Summary: This study examines the effect of resveratrol on the toxicity of doxorubicin in cell lines which are generally resistant to the effects of this drug. They find that combining these two compounds improved the toxicity of doxorubicin with less cells surviving after treatment. Furthermore, there was a reduction in cell migration and a decrease in the number of invading cells in invasion tests.

In agreement with these results there was a decrease in MMP-2 and MMP-9 expression which are matrix metalloproteinases. These proteins are enzymes which break down the cell matrix which surround all cells. This is a necessary process for cancer cells to invade tissues.

Thus, these types of experiments are a measure of how aggressively a cancer will invade into the tissue.

In conclusion, resveratrol in combination with doxorubicin enhanced the toxicity of doxorubicin even in cells which are resistant to that drug. Furthermore, these cells were functionally less effective at invading tissues. 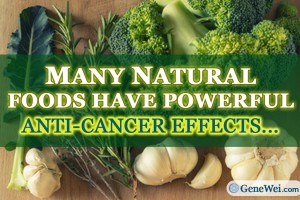 Many natural foods have powerful anti cancer effects… But studies have revealed that preparing certain food in certain ways can decrease, or even increase their cancer fighting properties. In these cases, knowing how to prepare these foods correctly can be just as important as eating the food itself. So today we’re going to talk about: […]